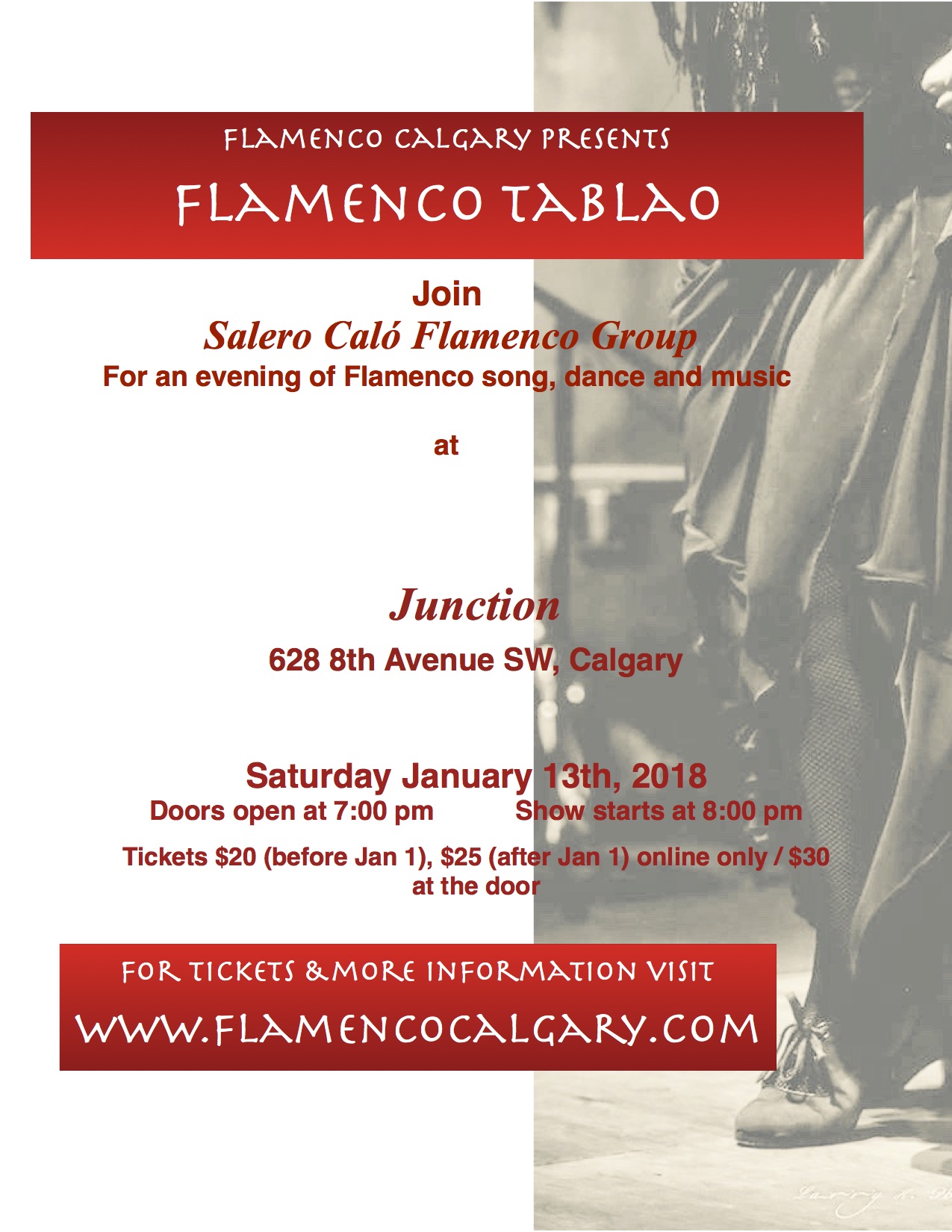 “Flamenco Tablao”, an intimate Flamenco performance of song, music and dance bringing together Salero Calo’s original members. Back from Seville for the Christmas holidays Annette Morcos (La Mora), founder of Salero Calo, will be joining on stage for the first time since 2014.  The group will also be joined by Silvia Temis on song.

Upcoming Show: Flamenco at the Wine-Oh’s